“Acting is not a genteel profession,” David Mamet wrote in his book True and False: Heresy and Common Sense for the Actor. “Actors used to be buried at a crossroads with a stake through the heart. Those people's performances so troubled the onlookers that they feared their ghosts.”

Clarence Williams III, who died June 4 at 81 of colon cancer, was that kind of actor. The word “intense” does not begin to describe his effect on viewers and his fellow performers.

A military veteran and gifted actor descended from a family of professional musicians—including his father, musician Clarence "Clay" Williams Jr., and his paternal grandparents, singer actor Eva Taylor and composer-pianist Clarence Williams, who raised him—Williams became internationally famous on TV's “Mod Squad,” about a trio of young counterculture types (the others were Peggy Lipton and Michael Cole) who became undercover cops. Williams went on to become one of the most striking actors in American cinema and TV, so electrifying that when he appeared onscreen in a supporting part opposite such magnetic leading men as Prince, Laurence Fishburne, Roy Scheider, Gary Sinise, Denzel Washington, Forest Whitaker, and the brooding stars of TV’s “Miami Vice,” his scene partners usually ceded focus to Williams, as if realizing that it was foolhardy to try to outshine the sun.

Williams appeared in many notable movies and TV projects, including stone-cold arthouse and genre picture classics and some historical epics with a radical undertone (supplied by the fact of Williams’ presence when it wasn’t there on the page). He had showstopping supporting roles in “Purple Rain,” “Deep Cover,” “Tales from the Hood,” “American Gangster,” “52 Pick-Up,” “Against the Wall,” “George Wallace,” “Life,” and walked away with scenes and sometimes whole episodes of “Hill Street Blues,” “Miami Vice,” “Law & Order,” “Everybody Hates Chris,” “Burn Notice,” “Justified” and “Empire.” David Lynch and Mark Frost cast him as FBI agent Roger Hardy on the original “Twin Peaks” (which costarred Peggy Lipton, making 2/3 of a reunion). He made an indelible impression on viewers through several layers of prosthetic makeup as the humanoid Omet’iklan on “Star Trek: Deep Space Nine.”

The politics of “Mod Squad” were problematic at best: the heroes of were working for The Man (although Williams was quick to note that they weren’t actual cops, but juvenile delinquents given a chance to straighten out a bit). But the actor built a solid career on the fame that he accrued there, and he went to to specialize in roles that often felt like part of an ongoing artistic course-correction. He gravitated towards projects that had a culturally or politically uncompromising bent, often playing roles that had something meaningful to say about the human condition in general, and the history and culture of African-Americans specifically.

Twenty-nine when the series premiered, Williams was already nearly out of the target demographic, whose mantra was “Never trust anyone over thirty." He had his first film role nine years earlier, in the Korean War drama “Pork Chop Hill” (1959), and his first Broadway role a year later, in “The Long Dream.” He did a stint in the US Army as a paratrooper, mustered out, and did more acting onstage in New York City, where he got a Tony nomination as best featured actor for 1965’s “Slow Dance on the Killing Ground.” He was briefly married to actress Gloria Foster, the original Oracle in the “Matrix” films; they divorced soon after and did not have children together, but they remained close, and when Foster died, it was Williams who announced her death to the media.

Williams channeled his musical lineage as the hero’s father in the heartfelt, thrilling, but often depressingly misogynistic “Purple Rain”—a rage-filled composer-pianist and domestic abuser who has spent his life marinating in feelings of failure. Williams’ moments of fury and self-loathing are truly powerful, and their truth resonates beyond anything that can be mustered by the rest of the main cast, which is comprised mainly of musicians who have screen charisma but lack Williams’ acting experience and formal training. The images of the emotionally ruined Father (whose birth name is never spoken) playing piano alone as his son, known only as The Kid, looks on, convey a sense of great potential squandered, articulating the hero’s superhuman drive to succeed on his own terms more poignantly than dialogue could. Williams’ character in 1993’s “Sugar Hill,” the drug-addicted musician father of two drug-dealing brothers (Wesley Snipes and Michael Wright), feels like a pop-culture echo of his “Purple Rain” character.

His ferocity burned holes in the screen, and filmmakers took advantage of that, casting him in roles that shook up the main character's preconceived notions, rattled their complacency, and otherwise pushed their buttons. Williams' performance as a devoutly religious policeman in Bill Duke's classic crime drama "Deep Cover" is a knife in the heart of the film's hero, Laurence Fishburne's cop-posing-as-a-drug-dealer John Hull. There's no irony or doubt in the performance, no self-awareness. The character doesn't just think he's God's instrument, he actually is. The imposter syndrome that the protagonist experiences in scenes opposite Williams' character is indistinguishable from an actor's insecurity at facing a performer who can tuck a scene into his back pocket and walk away with it before his partner can realize what just hit him.

Williams brought a trace of the uncanny to dramas and comedic alike. He knew that his intensity—founded in a reedy voice and I-can-see-into-your-soul gaze, and often coupled with a wicked grin and mane-like hair—could be funny as well as scary. He used his live-wire vibe for laughs in projects like "Tales from the Hood," where he played the funeral home director Mr. Simms, a delectable horror-movie turn worthy of Boris Karloff at his most playful. His delivery often strikes Karloffian notes, and he told reporters at the time that he wanted to pay tribute to the horror movies he loved as a child. Describing his work, Simms calls embalming fluids “the kind of drugs that keep bodies from smelling” and inserts an exuberant inhaling noise between the last two words. Here, as he did so often, Williams invested a grand, playful role in a genre film with little details that were drawn from life. In a 1995 interview with NPR’s Terry Gross, he said that he briefly lived over a funeral parlor on 135th Street and 7th Avenue in Harlem, four doors down from Small’s jazz club. Another of his grandmothers, Helen Williams, often played the the organ at the funeral parlor, and at Riker’s Island as well.

Williams credited his resurgence in the 1990s as a heavy-hitting character actor to John Frankenheimer, an acclaimed action director who also made realistic dramas and historical epics. Frankenheimer had been a close friend of Democratic presidential candidate Robert F. Kennedy, and watched him die in the kitchen of the ambassador hotel in Los Angeles. He was a left-leaning critic of racism and institutional rot. Frankenheimer earmarked plum roles for Williams that cast him as a sort of retaliatory karmic force or Max Cady-like tormentor from the streets, punishing soft, white, middle-class characters for their passive complicity in racism and their inability to conceive of how hard life could be for people born without advantages. Williams acted in four Frankenheimer projects—“52 Pick-Up,” “Against the Wall,” “Reindeer Games” and “George Wallace”—and was cast at Frankenheimer’s request in “The General’s Daughter,” a military thriller from director Simon West in which Frankenheimer had a pivotal  role as an actor.

As the soft-spoken but lethal Bobby Shy, one of kidnappers in Frankenheimer’s Elmore Leonard adaptation “52 Pick-Up,” Williams subtly insinuated that the leader of the gang, John Glover’s Alan Raimy—one of the scariest villains in ‘80s cinema—was only in charge because Bobby allowed it. In the 1994 HBO film “Against the Wall,” one of the greatest TV movies of the ‘90s, Williams plays Chaka, the most brutal member of a group of Black inmates who seize control of Attica prison to protest inhumane conditions. The film contrasts Williams’ character, a ruthless man who believes in the efficacy of violence, with the leader of the group, Samuel L. Jackson’s Jamaal X, who thinks the group’s goals can only be achieved through negotiation. Here again, as in so many of his performances, Williams simply inhabits the character, without any special pleading or apologies. It’s not that he seems to want or expect us to see things through the character’s eyes. On the contrary, such a thought would never occur to him, because it would never occur to Chaka.

Frankenheimer’s “George Wallace,” about the segregationist governor and presidential candidate who repented for his racism late in life, cast Williams in a composite role as Wallace’s butler Archie. The character is a baleful, nearly silent, judging presence who (vaguely) represents the watchful eyes of Black Americans who at that point had little say in government. A mesmerizing scene shows Archie and Wallace fistfighting in the foyer of Wallace’s mansion, a former plantation, circling each other, enacting a metaphor for mid-twentieth century American race relations.

Frankenheimer considered Williams one of the greatest character actors of his lifetime, and once told this writer “Clarence’ll put the fear of God in you.” His appearance onscreen was an assurance that, for a scene or two at least, the story was in good hands, and would have truth, life, and surprise in it. 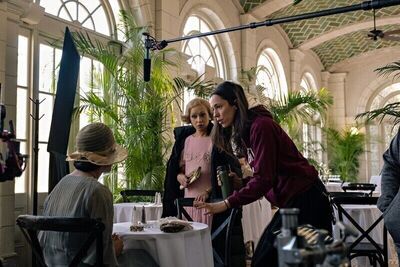 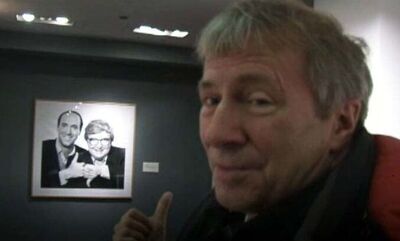 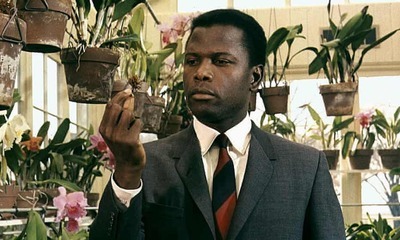 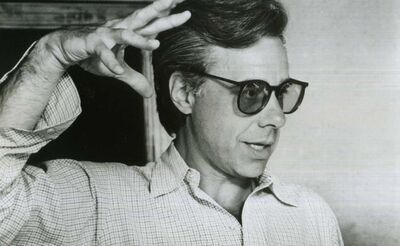 Women of the Movement